Resource Center Expert Insights The Value of Being Cool

Summer is just around the corner. That means rising temperatures, increased THI potential and more opportunity for the risk of heat stress to creep into your dairy’s operation.

Summer is just around the corner. That means rising temperatures, increased THI potential and more opportunity for the risk of heat stress to creep into your dairy’s operation. VES-Artex recently welcomed Dr. Mike Brouk of Kansas State University to speak about the value of having a cool, comfortable herd come summertime.

With 30 years under his belt in the dairy industry and academia, Brouk is at the forefront of cow cooling strategy and tactical execution. Here were a handful of his professional heat stress on all things heat stress:

1. Combining feedline soaker systems with overhead fans to increase evaporative cooling is one of the most effective ways to cool cattle in natural ventilated barns.

“We have got better fans today, as well as better control systems that we can use, and some of our research that we've done here in previous years clearly shows that, as you increase the frequency of wetting, it’s the best way to cool animals down quickly when they’re already hot,” Brouk said.

2. Leverage the design improvements of various fan types, regardless of your operation size or barn style.

“Some things that have come along with fans, again, a lot of design changes. We're more efficient today. A lot of the fans today are 25%, 30% more efficient,” Brouk said. “They will also last a lot longer, if we can run them at slower speed, and we also get an increase in the number of CFMs moved per watt of energy. And the other thing that we can do is we can spread that airflow out over the barn easier, because we're operating a few more fans. That's okay. They're more efficient, so total electric cost may be less than it would be, if you're just running a couple of those fans at high speed, so you might want to think about that.”

3. The technology is here. Use it.

“Controls have changed tremendously. We now have controls that are fairly sophisticated and can do many different functions and run many different fans. Some at different speeds than others, so there are some significant changes there. Many of these are centralized, so if you want to turn fans on or off, you just go one place to do it. Many of these also have application apps basically, that you can have on your phone, so you could be halfway across the country and still operate the fans on your dairy farm. So really some neat things that we have there.”

Milk Production Loss is Just One Piece of the Puzzle

As we’ll unpack shortly, revenue tied to milk production losses due to heat stress are real and meaningful, but they don’t paint the whole picture. Efficiency losses due to increased culling and reproductive issues can also lead to medium-term impacts on the dairy.

“The cost of milk production is just part of the equation,” Brouk said. “We also see some increased reproductive culling cost as a result of that, increased deaths in some instances as well, and there's a difference in the number of annual hours of heat stress as a percentage that we see, depending on where we're at.” Additionally, the impact on days open, because we do not get cows bred on time during the summertime, is a significant drag on our efficiency for the rest of the year and may actually lead to some additional culling of our animals.”

As we move into the summer, temperatures aren’t the only things going up. Milk prices are currently at $20, but projections indicate we could near milk prices between $24 and $30 on the high end. To put the impacts of those prices in context, a 10-pound loss during the summer equates to about $2.50 per cow per day. 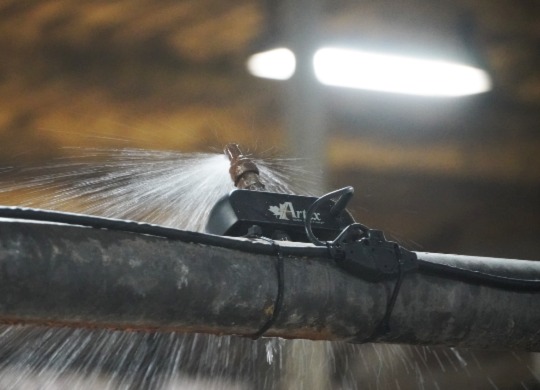